A Visual Testament To The Progression Of Tahitian Surfing

Just a few days ago, I was speaking with former Surfer Mag editor Jim Kempton, while this clip of Mihimana Braye glowed on my screen. Inevitably, the topic of Teahupo’o wormed its way into the conversation.

Jim laughed, while he spoke of time spent in French Polynesia through the early years of surf exploration. Smiling, he remembered a day that he and his friends — gripping 7’6 pintail single fins — watched Teahupo’o do its thing from the end of the Tahitian road.

They stared, awestruck, as the South Pacific folded over itself, releasing a stormfull of aggression with each spit of foam. Nobody would ever surf this wave, they told themselves, it’s impossible.

40 odd years later, and not only are there people who surf that wave, there are people who paddle it. 20 or 30 people every time it breaks, actually.

Mihimana Braye is one of those people, and, what his latest edit lacks in variety, it makes up for in magnitude. Have you ever gotten so fucking kegged you had to unbuckle your helmet and sit in the channel wondering what happened?

The post A Visual Testament To The Progression Of Tahitian Surfing appeared first on Stab Mag.

The 2022 Vans Pipe Masters event window opens December 8-20th and you’ll be able to watch the live action and more at VansPipeMasters.com, Stabmag.com, and YouTube.

Last night, the official drawing for the 2022 Vans Pipe Masters heats went down, and seeing all these names jumbled up has us pretty excited.

I mean, what other contest would you have Rio Waida, Jamie O’Brien, and Rasta Robb in the same heat?

All the matchups are star-studded, but there are undoubtedly a few that stand out as significantly compelling.

Let’s talk about which ones we’re most looking forward to. If you don’t care for our opinion, then scroll past my frothed out rambling to the full heat list at the bottom.

Holy expression session. How could it not be entertaining to watch Mason Ho, Ivan Florence, Mikey February, and Tosh Tudor in a heat? It’s actually incredible that four of the most stylish, unique characters in this draw are in the same heat together. Two goofies, two regulars, and a shit ton of swagger in the mix.

Hopefully, their heats will be an artful 3 part exposé composed of knock knees, chop-hop tubes, and buttery swoops under the curtain.

Crosby Colapinto, Griffin Colapinto, Seth Moniz, and Kaulana Apo will face-off. CT talent, sibling rivalry, and a local underdog. Will Crosby and Griff hassle each other, or will they deepen their brotherly bond over the course of a couple hours at empty Pipeline?

Swear somebody should’ve made a movie about these guys.

First rule of Heat #7? Don’t talk about Heat #7. Eli Olson, Billy Kemper, Mikey Wright, and Eimeo Czermak might as well just paddle out and have a fistfight behind the boil.

Will be undeniably entertaining — maybe even more so if it’s small and it becomes a wave-catching contest.

Bethany Hamilton, Carissa Moore, Bela Nalu, and Tatiana Weston-Webb should be a deeply-competitive heat. With Ladybird Bella sandwhiched between three of the hardest charging CT-level gals in the world, it looks like a heat where everyone has something to prove. I’m definitely hoping Bethany finds more waves like that one she packed at the Backdoor shootout.

Heat 4 is a no-brainer, considering it features the queen of Pipeline — Moana Jones-Wong. Pua Desoto, Molly Picklum, and Sierra Kerr will be tasked with finding serviceable waves in between the ones Moana wants. Not an easy task, especially considering her notorious determination to eclipse all female competition — which we explored in our newest biopic ‘Wildcard’.

Watch the live action and more at VansPipeMasters.com, Stabmag.com, and YouTube. 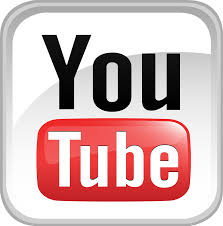 Where did they go? #shorts

This was a joke, obviously — but the joke extends into the intro of ‘KP.’ Together, Albee and Kai run through the different archetypes the 19-year-old might explore to create his “brand” in today’s surf world. It’s nice to see such high level surfers not take themselves so seriously. Hang around until the end of the edit for a little behind the scenes action.

But Kai’s surfing will ensure you hang around anyway.

You may remember him from this year’s Stab Highway, California in which he was on the blue team with Ainara Aymat, Micky Clarke, and Mateus Herdy. As he was under 21, Kai racked up points by focusing on the more surf-driven challenges rather than trying to single handedly take down a 12-pack.

Many points would be awarded for his performance in ‘KP.’ We’ll spoil just one thing and say that he is now the 6th surfer to land a double spin in the ocean (on film at least). This puts Kai in the good company of Albee, Matt Meola, Noah Beschen, Italo Ferreira, Kelly Slater, and Julian Wilson.

Watch above, and allow Albee to formally introduce you to Kai below.

Let’s start with the basics. How old are you and where’d you grow up?

When did you start surfing?

When I was about five years old. I remember I was butt naked and my dad pushed me into a little shorebreak on a longboard. I got super into it, but also got super pissed. I told myself I was gonna quit multiple times.

I remember trying to paddle out and I just couldn’t get out the back. I felt like I was paddling for at least two hours.

I remember having that same experience when I was six.

I literally could not get out. I was losing it, crying, freaking out, punching my board. I was like seven years old already throwing f-bombs.

When do you notice you could actually surf well?

For a while I just surfed because I liked it, but I didn’t take it seriously. I fully stopped when I was 13 until I was about 15. Then I did a Rip Curl Gromsearch on Oahu, and I got a 10 and was all pumped. Then I got onto the Hawaii surf team and started realizing I could do it. That’s when I got super into it.

How do you feel about contests now?

They’re super fun. They get your adrenaline up — it’s like playing a game, and I like that. But I love freesurfing and trying to make cool edits and getting creative with the moves I’m trying. And I want to be different —  I think that’s what makes me the happiest in surfing.

Nice. Stop copying my moves then. [laughs] When you look at surfing now, do you see a possible career as a freesurfer? I think it’s a fading genre. If you want to make a bunch of money in surfing and have a long career, it’s blatantly obvious that contests are the best option. We joked about in your edit, but what do you see as your niche in surfing?

I’m just going to try and do it the way I want to do it. I don’t want to follow everybody else’s path of going on the QS for your whole entire life. But I want to do both. I want to put as much work as possible into both sides of surfing.

What if you had to get rid of one side — contest or freesurfing?

Oh for sure, I’d get rid of contests.

With freesurfing, it seems like the most promising way to make a career is having a YouTube channel. Can you see yourself doing something like that?

I think there’s a cool way to do it. You just need to be creative and not just talk for 30 minutes before every surf session and then go surf. I could never see myself doing that. I don’t want to do a Vlog sort of thing.

I just don’t see other clips getting that many views at the moment. But maybe it’ll swing back.

Let’s talk about your double oop. When did you start trying it?

I think I really started trying it that week. You asked me what I was going to try and I said, ‘I don’t know, just some oops or whatever.’ And you told me to try the double. I got the spin, but my back foot kept slipping off over and over again. I kept trying — we were surfing together and you were trying it, too — and on the third day, I almost got it. I landed backwards, spun out, and fell. But that’s when it came to me. I was like, ‘Oh my god, I could fully land this. This is sick.’ I got super crazy about it.

The next day, we surfed for like three hours and both of us were coming close. I got this little insider, but it turned into a perfect ramp. As I was paddling in, I had this feeling like I was gonna do it on that wave. I went up, spun as fast as I could, landed and before I even spun around, I was claiming it. [laughs] And then I looked out the back and you’re claiming it, too. That was a very, very, very special moment for me. And then, what, you did it next wave?

No, it took me like another hour. Did you feel bad? We were both trying it and I hadn’t done it in a couple years, and then you did it before me.

Two doubles in a day. We should have raged after.

Was there anything you didn’t do that you wish you had in the edit?

I really wanted to do the backside double spin. That’s kind of pissing me off. I’ve been coming close, but I haven’t put the exclamation point on it yet. It’s gonna happen, but it would have been cool to end the edit with that. The next one will have both.

What’d you think about the concept we came up with for your edit? Cause it sounded a little weird when I was pitching it to you.

I definitely was a little curious about how it was gonna turn out. But people want to see something different. I think it’s good to not be so serious all the time. That’s why I loved it.

What’s next for Kai Paula?

Also do as good as I can in contests — that’s where we’re different.

The top 10 greatest challenges and threats to surfing 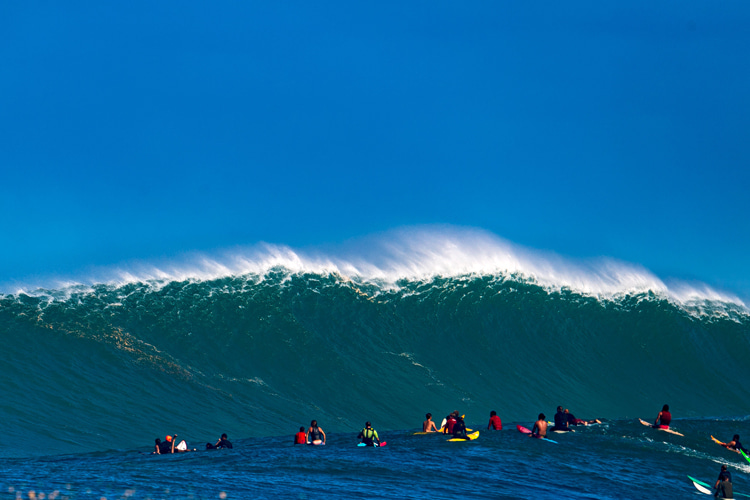 Surfing has been growing in popularity for decades, but as it becomes more mainstream, it will face several challenges in the future.

Time flies, and in the year 2,500, this article may be checked for its veracity.

What is surfing going to be like? Will there be robot surfers and personal surf drones capturing each surfer's wave?