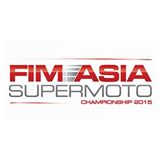 Lewis Shines on the Land of Smile 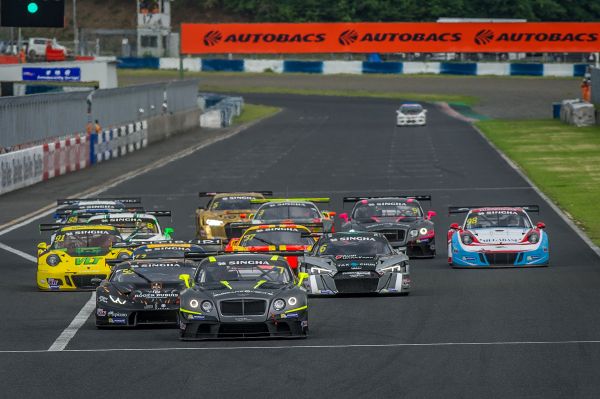 11/10/2016, Asia, Motorsport - Road Racing, GT Asia Series, Article # 19720836
GT Asia Series reveal Shang Peng as event title sponsor for season finale
2016 GT Asia Series
11 October, 2016
The 2016 GT Asia Series comes to it’s dramatic conclusion in Shanghai on 19-20 October with news that Shang Peng Gao Ke will be joining the Series as the official event title sponsor - the event will now be known as the ‘GT Asia Series Shang Peng Race of Shanghai’.
Shang Peng Gao Ke is a cross-border e-commerce marketing company and their involvement will allow thousands of Shang Peng associates to enjoy the drama and emotion of Asia’s leading GT championship, as six teams battle for the right to become the 2016 Series champions.
Shang Peng associates will also have the opportunity to cheer on their very own team!
For the Series final Craft-Bamboo Racing’s Frank Yu and Richard Lyons will wear the colours of Shang Peng on their #88 Porsche GT3 R, providing a great focal point for the fans, and thanks to a striking new livery, the car will be easy to identify and follow with its angular red and white theme that draws inspiration from the Shang Peng corporate colours.
As title sponsor of this epic season finale, Shang Peng will enjoy fantastic brand exposure around the race track and grandstand sections. Shang Peng race queens will feature in the paddock, pit lane and on the grid where they will be sure to draw a crowd of both fans and media. A large hospitality tent will also be present to allow visitors to personally connect with Shang Peng and their drivers and collect Shang Peng team memorabilia. They can also get their photos taken with the official Shang Peng race queens as a reminder of what will be an outstanding conclusion to the 2016 season.
And in fantastic news for the category, Fox Sports Asia will broadcast both races live to millions of viewers throughout the Asian region as the races unfold, and for those that miss it with mid-week commitments, they will replay both races in full on the Sunday immediately following the event (check http://tv.foxsportsasia.com/ for scheduled times). In China, Star Sports will also broadcast both races live, whilst China’s popular online network LeTv will also host both races live, the network one of 27-online platforms that saw the fifth event of the season at Shanghai (19-21 August) broadcast to more than 6.3-million viewers across China.
Of course, both races will also be streamed live online through www.gtasiaseries.com
Shang Peng Gao Ke
Shang Peng Gao Ke is a cross-border e-commerce marketing company, offering IT Applications to individuals and SME businesses, to increase online communications efficiency, productivity and profitability. Shang Peng Health offers an exclusive line of high-performance specialty nutrition products and skin health products developed and made in the USA, for personal use in the PRC.www.ShangPengGaoKe.cn
Schedule; 2016 GT Asia Series
FINALE, Shanghai International Circuit, China (19-20 October)
Thursday, 20 October 2016
Race One (60-minutes): 10:30am
Race Two (60-minutes): 2:30pm
The GT Asia Series is sanctioned by the FIA as an International Series and is clearly recognised as the Region’s leading GT Championship. It is solely managed and promoted by Motorsport Asia Ltd and is backed by Singha, Michelin, KW Automotive, Motul, Race Room, Panta, YOFC and Tunewear.
READ MORE 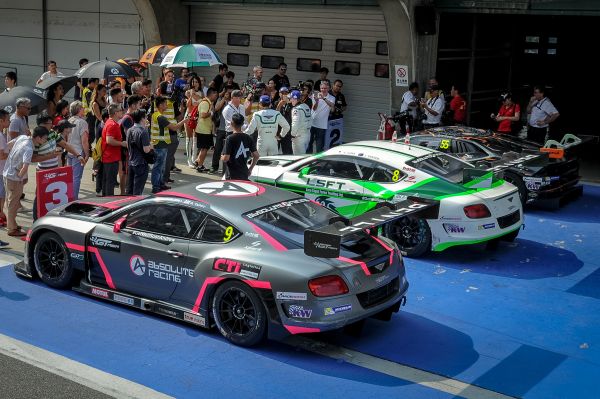 After the closest season in GT Asia Series history, the 2016 championship comes to it’s conclusion at Shanghai International Circuit on 19-20 October and Fox Sports Asia - who have been instrumental in building the profile of the category over the last six months - have pulled out all stops to cover every minute of the action from the final two rounds of the year.
13-drivers are still in the Series with a mathematical chance of championship victory heading to the Chinese event, which due to a last-minute change forced upon Motorsport Asia by an external event promoter has seen the date change to mid-week, with the final now scheduled for Wednesday 19 October and Thursday 20 October.
As a result Fox Sports Asia (and Star Sports China), have committed to cover both final races LIVE, whilst Fox Sports will also replay both races on Sunday 23 October for those who were unable to catch all the live action as it unfolded.
In addition, China’s popular online network LeTv will also host both races live, the network one of 27-online platforms that saw the fifth event of the season at Shanghai (19-21 August) broadcast to more than 6.3-million viewers across China.
“I have to say, this is fantastic news, and thanks to Fox International Channels for supporting us with the final after what has been a particularly challenging month for the category, with promoters failing to deliver on promises,” Motorsport Asia Limited CEO David Sonenscher admitted.
“There’s no question that the 2016 season has been the closest on record. Six different teams in four different marques - five different models - have taken wins in the ten races so far, whilst the most recent round saw 11 cars separated by less than a second in qualifying, and two tenths of a second covered three marques at the line after 60-minutes of intense competition..!
“It really has been a season to remember with some incredible racing across every round, so it’s really only fitting that we are able to show both races of the final round live and to continue to promote GT Asia to the growing fan-base in China who have clearly taken to the category with great interest.”
Schedule; 2016 GT Asia Series
FINAL, Shanghai International Circuit, China (19-20 October)
Thursday, 20 October 2016 (CST - GMT +8)
Race One (60-minutes): 10:30am
Race Two (60-minutes): 2:30pm
The GT Asia Series is sanctioned by the FIA as an International Series and is clearly recognised as the Region’s leading GT Championship. It is solely managed and promoted by Motorsport Asia Ltd and is backed by Singha, Michelin, KW Automotive, Motul, Race Room, Panta, YOFC and Tunewear.
READ MORE