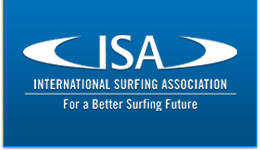 The International Surfing Association [ISA] has announced that it will celebrate its 50th anniversary this year at the ISA World Surfing Games in Punta Rocas, Peru. The event will bring together surfers from all over the world to compete in Team, Men’s and Women’s divisions during the surfing competition that will double up as a global celebration of the sport’s governing body hosting half a century of world class surfing championships.

The ISA 50th Anniversary World Surfing Games will be held at the world-class Punta Rocas, Peru from October 24 to November 1, 2014.

Taking place from October 24 to November 1, 2014, the ISA 50th Anniversary World Surfing Games will be held at the world-class Punta Rocas – the same location as the 1965 ISA World Surfing Championship, which was won by Peruvian local, Felipe Pomar and American Joyce Hoffman.

The 2013 edition of the World Surfing Games, held in Santa Catalina, Panama, featured 24 teams and more than 150 athletes from all continents and the ISA is anticipating increased participation figures this year.

Over the last 50 years, the number of ISA member nations has grown to 86, with Madagascar and Algeria announced as the newest additions in recent months. The ISA expects to achieve its goal of reaching 100 member nations in 2015. It’s also estimated that 35 million people in over 100 countries surf globally, and that number is expected to rise to 50 million by 2020 as Surfing continues to reach new markets around the globe.

The 2008 ISA World Masters Surfing Championship was held at the same location. Punta Rocas is a powerful wave and one of the most consistent surf breaks in Peru. Photo: Renzo Dañino.

The ISA has been largely responsible for this development and growth over the last 50 years – particularly in Asia, Africa and Latin America. Surfing’s booming popularity in these markets shows the universality of the sport and its great appeal amongst young people.

Fernando Aguerre, the ISA President since 1994, has overseen much of this rapid growth. Speaking about the ISA 50th Anniversary World Surfing Games announcement and the ISA’s global expansion, Aguerre, said:

“We are delighted to be going back to Peru for the 2014 edition of the ISA World Surfing Games and our 50th anniversary celebration. I am looking forward to witnessing the world’s top surfers compete in the perfect waves at Punta Rocas.

“The ISA has enjoyed 50 years of success and I will ensure that we channel our energy, ambition and love of Surfing as we enter the next stage of our development and step up our aim for Olympic inclusion. Surfing has a unique and modern blend of sport performance, culture and dynamic energy making it especially relevant for young people – we must continue to spread Surfing’s values to young people worldwide.

“Surfing is continuously evolving. The essence of Surfing lies in progression, innovation, and raising the bar of performance, and with state-of-the-art wave technology that is about to revolutionise Surfing and open up the sport to millions more people around the world, things are looking very promising for the next 50 years and beyond.”

“Peru has played a key role since the founding of the ISA with its first President, Eduardo Arena, a Peruvian, and the global development of Surfing over the past 50 years. We have a very healthy relationship with the ISA, and we’re delighted to welcome the world’s best surfers back to Peru, as we have done on many occasions since the ISA held its first Peruvian event in Punta Rocas in 1965. Hosting ISA World Championships brings many benefits to the region, particularly in terms of the sport’s development, the economy and tourism.”