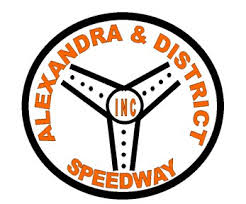 DIRT TRACK RACING BACK AT ALEXANDRA SPEEDWAY THIS SATURDAY NIGHT

DIRT TRACK RACING BACK AT ALEXANDRA SPEEDWAY THIS SATURDAY NIGHT

competing in their second state series round of the season.

action at Wangaratta recently he is in for a tough time of things on track with Chris Fowler, Louis

Shepparton's Louis Rodriguez will be in the mix.

Alexandra venue & could smash some records this Saturday night.

to repeat. Matt Ridd also a local racer makes a return to racing whilst Greg Parks from Lancefield

who just finished third last weekend at Wangaratta is in form also.

Dingley & Kasey Garlick coming from the eastern suburbs of Melbourne.