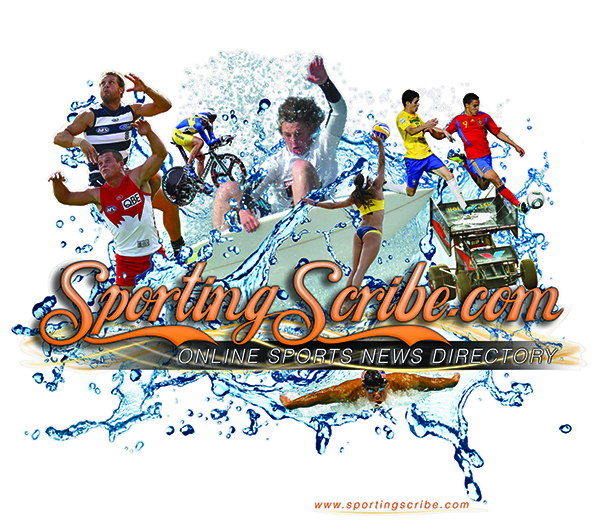 Here is your chance to purchase a ground-up sporting website that covers all types of sport throughout the world both electronically and with manual insertion.

Sporting Scribe was developed back in 2013 as a sports website that gathered news headlines and articles via RSS feeds and press releases. The site has collected more than 28 million articles to date and continues to add around 8,000 new articles daily. Some 55 sports categories covering hundreds of sporting competitions all across the world are currently listed on the site with the potential to add thousands more. The site updates every 15 minutes electronically with the added ability to add sports news 24/7 manually. 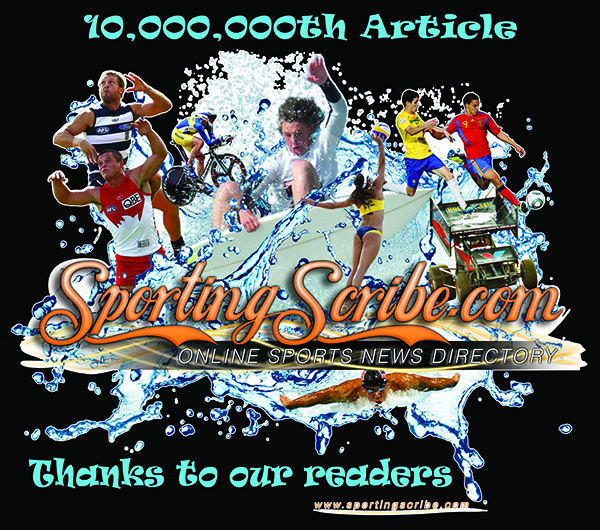 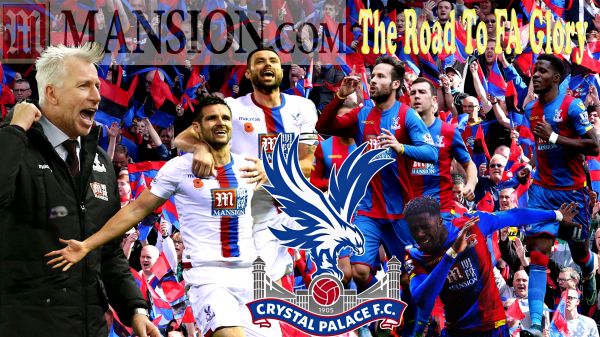 More than 20,000-man hours have been invested into the site to date which in today’s climate would amount to several million dollars in infrastructure costs. The site is ready for an E-organisation with industry knowledge to take over and develop the earning potential the site was originally set up for. I currently don’t have the time to check over the site for updates or the knowledge to introduce the site to the e-trading/advertising world. 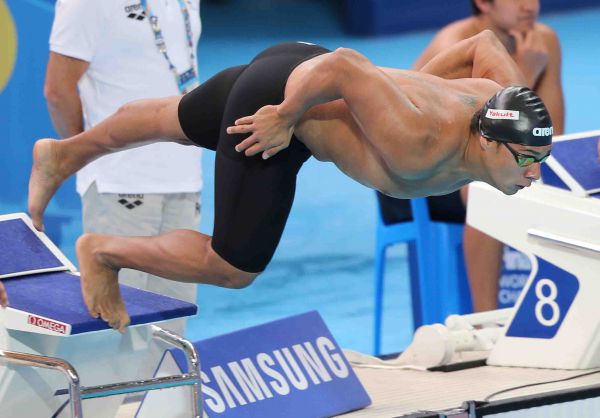 All the hard work is done with the site ready for an expert to develop the earning potential.

Join us and hundreds of classic cars in the City Cruise Tonight! Friday the 24th of November

The Official Countdown to the Geelong Revival Motoring Festival is On!

The Countdown is On!

Get Ready for the Geelong Revival Motoring Festival!

The Geelong Revival Motoring Festival is Back!

It's that time of the year folks - Motorshow Entries Open

Avalon, Vic/Aus. 21st January 2015. Former national champ James McFadden literally stole the President’s Cup out of Brooke Tatnell’s back pocket with a spectacular high line charge over the last 5 laps of the 25 lap President’s Cup that reeled in American Kyle Hirst then Ian Loudoun and with just over 2 laps remaining leader Brooke Tatnell.

McFadden who has thrilled the Avalon spectators with classic slide passes in the past put on a show of high line running which saw the charger round up the podium placegetters in no time. There is no doubt that his team had the perfect 25 lap setting on the car but that aside J Mac’s driving was nothing short of spectacular. Once he got on a roll it just seemed easy and the effortless pass he made on race leader Brooke Tatnell demonstrated just how good the car was after 20 laps of the 25 lap race.

Tatnell who started on the front row led the pack away for the 25 lap journey but had to do it all over again when Eureka Sheds Series leader Brett Milburn tipped it over in turn 4 bringing on the reds. Milburn who has had a faultless year to date walked away from the roll over but the car was finished for the night.

On the re-start Tatnell once again led them out with Loudoun, Hirst and J Mac in hot pursuit. Loudoun looked strong throughout the night and was never more than a dozen car lengths away from Tatnell and looked to be on his way to a well earnt podium position. McFadden on the other hand was having a go at Hirst but couldn’t make a pass stick on the current Classic champ early in the race. In fact positions were unchanged up front for the next 19 laps as the race settled into a steady pace.

New South Welshmen Andrew Wright who started the feature in 7th showed plenty of speed during the night and was capable of getting in amongst the leaders but unfortunately missed the set-up as the car went backwards losing 4 positions to finish in 11th. Wright would have been disappointed with the feature as the car looked seriously quick early in the night and having raced at Avalon on several occasions over the past couple of years would have been looking to advance up the order as the race went on.

On the other side of the coin there was one guy in particular who was making big inroads into the field as the race went on. Automatically one would assume that this guy was Jamie Veal as he was starting out of position 15 after having to qualify through the B-Main but in fact it was the ACT 21 Essendon backed car of Shaun Dobson. Dobson who had earlier picked up a heat win started out of position 11 for the feature with plenty to do if he was to advance up the leader board. To put Dobson’s drive into perspective, outside of McFadden who picked up 4 spots (in the last 5 laps) and Dion Bellman (2 spots to finish 7th), Dobson was the only other top 10 finisher to gain places picking off Milburn (accident), Bellman, Mollenoyux, Wright, Delemont and Anderson to finish in the top 5 after the 25 lap journey. Domain Ramsay who started at the rear managed to pick up a couple of spots but one of them was Milburn who had earlier crashed out. So for Dobson the lap board backs ups his exception drive in the feature and brings back memories of 2 seasons back where he dominated sprintcar racing at Avalon Raceway.

The race had 4 visiting Americans lining up in the feature with Hirst undoubtedly the most successful on the night. Of the Americans Hirst started in and finished in 3rd, Paul McMahon also finished where he started which was position 12 with Carson Macedo improving one spot to finish in 13th with Kraig Kinser also jumping a spot to 16th albeit a lap down.

The Essendon Ford backed team of Ian Loudoun’s V3 will go away scratching their heads as to what went wrong. Loudoun was looking so strong during the race holding down 2nd spot and apart from an early look by Hirst was virtually on his own for the entire race distance until the pass by McFadden. No one could stop the rampaging McFadden but all of a sudden Loudoun found himself in 4th position and off the podium after Hirst got by on the 2nd last lap. Car owner David Dixon spoke of how the team was disappointed at the result and felt for Loudoun who had been faultless throughout the race. In the end it was another classic McFadden race that thrilled the large gathering of spectators who had made the mid-week trek.

The sprintcars have a spell from Avalon and return on the 5th of March for the Great Southern Showdown. Go to : http://www.avalonraceway.com/ for more info on what's happening at Avalon Raceway

Vogels Goes Unbeaten On The Way To Vic Title

Vogels Goes Unbeaten On The Way To Vic Title 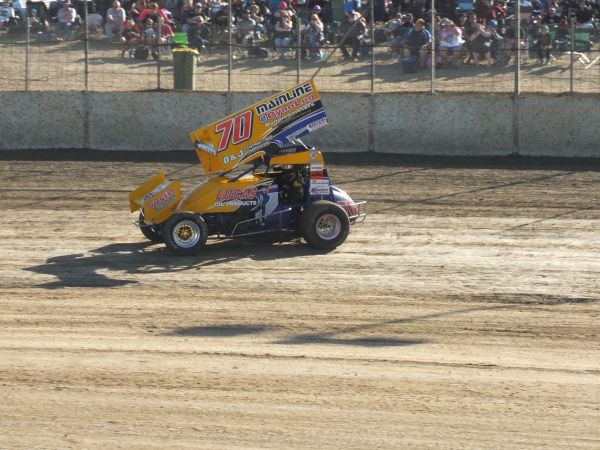 Avalon, Vic/Aus. 10th January 2016. Victorian John Vogels walked away from last night’s SRA Victorian 410 Sprintcar Title with a clean sheet after winning his round 1 heat, the Open Dash and then the 410 Victorian title to now have 2 Victorian titles to his name. Vogels led home 19 year old American Carson Macedo and current Eureka Garages series leader Brett Milburn over a hectic 30 lap race that had Darren Mollenoyux finishing in 5th just behind Peter Milnes after originally starting in the C-Main.

The schedule for the 410’s would see time trialling open up the night with defending Victorian champion Daniel Pestka taking the #1 spot with a 12.080 lap from another visiting American in Randy Hannagan followed by Shaun Dobson and Tim Rankin with Jamie Hennessy rounding out the top 5.

Into the first of 3 heats with Vogels getting the win from Macedo with Pestka in 3rd. Macedo a first time visitor to Australian shores become the second youngest winner of the Californian Kings Of The West Series with only super talent Kyle Larson younger when he finished 2nd in the Gary Patterson Tribute Race in Stockton last November. Last year’ classic winner Kyle Hirst had won the KWS series the previous 2 years highlighting what a tough series it is to win.

Heat 2 went the way of Ian Loudoun in front of Luke Walker with Tim Hutchins in 3rd.

Heat 3 was taken out by South Aussie Glen Sutherland from local driver Peter Milnes with another track local in Dennis Jones coming in 3rd.

The Open Dash to decide pole position was won by Vogels with Sutherland putting in a great run to fill the front row with Vogels. Macedo was next followed by Walker and Milnes. Loudoun who qualified for the dash pulled in-field prior to the start and would start from 6th in the feature. Pestka picked up the consolation win in Dash #2 from Hutchins, Milburn, Jones, Matthew Reed with Nick Lacey rounding out positions 7 through 12.

The C-Main was a stop start affair with 6 of the 14 runners failing to make the finish line. Mollenoyux looked fast as he powered away from the field to take the win with Domain Ramsay, Jack Lee, Kris Lacey, Sam Wren and Terry Kelly advancing to the B Main.

The B-Main was similar to the C with several stoppages resulting in half a dozen runners heading to the infield. Shaun Dobson and Randy Hannagan had occupied the front row and were never headed to both advance to the rear of the feature. Grant Anderson starting out of 10th finished 3rd with Mollenoyux coming from 14th to finish in the top 4. Jack Lee was equally impressive coming from one spot behind Mollenoyux to finish in 5th while Adam King occupied the last transfer spot.

With 30 laps on the board the final looked to be a battle between Vogels and Sutherland with both gapping the ensuing pack. Macedo had started to chase down Sutherland and on lap 5 found a way past the Gambier Earthmovers car to sit in 2nd. Although there were some stoppages throughout the race the top 3 looked to be settled in with a podium spot locked away or so it seemed. Another stoppage on lap 22 had Milburn slipping under Sutherland the next lap to take over 3rd. Sutherland fought back briefly but lost out another spot to Anderson the next lap. One lap further on saw Sutherland re-take 4th spot off Anderson before tragedy struck with Sutherland clipping the turn 4 fence and inverting the car. Anderson limped into the infield also finishing what was an exciting night’s racing by both drivers.

On the re-start Vogels once again led Macedo into turn 1 and with 5 laps to go maintained his lead to take out the win from Macedo with Milburn in 3rd. Macedo come close at one stage to Vogels but outside of that opportunity Vogels pretty much controlled the race. Milnes had a great drive to finish in 4th while Mollenoyux was sensational in finishing in the top 5. Dobson was next followed by Hannagan and Pestka who earlier on looked strong for a podium before getting caught up with Reed. Loudoun finished 9th with Lee taking the last top 10 spot. Dennis Jones and Adam King were the final 2 cars to meet the chequered flag with 6 retiring before race distance.

Vogels had dominated the whole night and was definitely the stand out driver with Macedo showing plenty in the Dave Challons ride to suggest he will have an impact in 10 days’ time when the President’s Cup takes centre stage at Avalon Raceway. Sutherland come within a whisker of a podium finish and should carry that form into the cup. Milburn noted that his position 9 starting spot in the feature was hard to capitalise on early in the race and will be better with a higher qualifying spot. Both Milnes and Mollenoyux were solid with their drives and take some form into the cup. 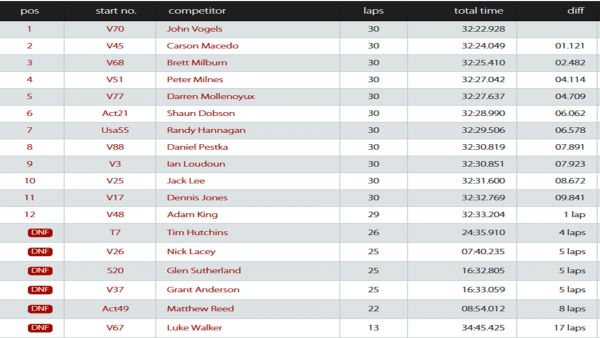 For more info on the President’s Cup go to http://www.avalonraceway.com/